We are the Lancaster Snow Drifters snowmobile club and we’re based in Lancaster, New Hampshire. 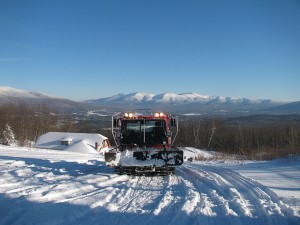 Our Snow Drifter’s club house is located right at the junction of State Corridor 5 and Route 3 which connects to points north and south of town.    We are uniquely positioned to offer access to beautifully maintained trails in every direction. There is even a bridge over to Vermont to access the VAST trail system (Vermont TMA required).

Lancaster offers a perfect place to stay and ride with many hotels, restaurants, and stores available. We also have all manufacturers represented by three different snowmobile dealerships.

So come check out our trails and visit Lancaster.

Learn more about Lancaster and our area

The very first meeting of the Lancaster Snow Drifters was held on August 8, 1964 “for the purpose of deciding if all favored a snow-kart club.” This makes our club one of the oldest snowmobile clubs in the world.    The Snow Drifters incorporated on January 13, 1966 and joined the Northern NH Sportsmen Association on March 15, 1966 and NH Snowmobile Association on October 14, 1969.

Right from the beginning, the Snow Drifters were involved with snowmobile exhibition racing. On February 5 & 6, 1966, our club hosted the Third Annual Grand Prix Snowmobile Race. The name was changed to the International Snowmobile Grand Prix Races for the February 1968 race. The winner was given the Kilkenny Cup which is on display in our club house.

Over the years, our club has held many dances, barbeques, poker runs, and raffles in order to raise money for charity, trail work, and saving for a new club house. 50 years and going strong, the Snow Drifters newly painted club house sits on property graciously given to the club by Bill and Sylvia Doolan.

Other recent accomplishments include: a NEW 6-mile trail connecting The Mountain View Grand to the Mt. Prospect/Around the Mountain Trail; plus many other bridge and trail improvements.